EN / 简
You are here: Home » About Us » News » Company News » Basic Knowledge of Water Treatment

I. Types of water

Softened water: Softened water is water to which hardness (mainly calcium and magnesium ions) is removed or reduced to a certain degree.In the process of water softening, only the hardness decreases, but the total salt content remains the same.

(2) Desalted water: Desalted water refers to water in which salts (mainly strong electrolytes dissolved in water) are removed or reduced to a certain extent.Its electrical conductivity (25℃) is generally 1.00-10.0 S/cm, and its salt content is 1-5mg/ L.

Pure water: Pure water refers to water in which strong and weak electrolytes (such as SiO2, CO2, etc.) are removed or reduced to a certain extent.Its conductivity is generally 1.0-0.1 S/cm salt content <1mg/ L.

(3) Ultra-pure water: Ultra-pure water means that the conductive medium in the water is almost completely removed, and the gas, colloid and organic substances (including bacteria, etc.) are also removed to a very low degree.The conductivity is generally <0.1 S/cm and the salt content <0.1mg/ L.

In addition, there are: boiler water, circulating cooling water, etc. 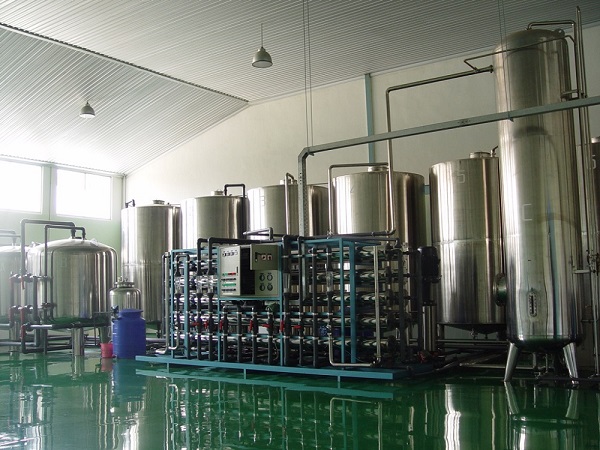 Ⅱ. The main index of water

(1) Suspended matter: particles with large diameter, mainly composed of sediment, clay, protozoa, algae, bacteria, viruses and macromolecular organic matter, are often suspended in the water flow, resulting in turbidity of water.These particles are unstable and can be removed by precipitation and filtration.Heavy particles (mainly inorganic materials such as sand and clay) settle when water is left standing.Light particles (mainly organic compounds of plants and animals and their remains) float to the surface and can be removed by filtration.Suspended matter is the main source of turbidity, chroma and odor.

(2) Turbidity: The degree of obstruction caused by a suspended

body of water to the passage of light;Impurities that cause turbidity include microorganisms, silicic acid, iron, manganese and other compounds, and clay.

The water turbidity of soft drinks should not exceed 2 degrees.The turbidity of RO inlet water is less than 0.5NTU

The causes of odors and odors in water are complex and may be inorganic (sulfur, chlorine, etc.), organic (fishy, putrid, hydrocarbon odor), and gas.

Harm: influence beverage aroma and taste, and sometimes cause precipitation.

Deodorization or deodorization: If the odor is caused by gas, degassing can be used;Odors caused by reducing substances can be oxidized by chlorine or ozone;Activated carbon filtration and adsorption is an effective method.

(4) Electrical conductivity: Because the water contains a variety of dissolved salts, and exist in the form of ions.The conductivity reflects the amount of salt in water and is an important index of water purity.

(5) Hardness: Some metal cations and anions in water are combined together. In the process of water heating, due to evaporation and concentration, scale is easy to form, which is attached to the heating surface and affects the heat conduction. We call the total concentration of these metal ions in water as the hardness of water.

The most common metal ions in natural water are calcium ions (Ca 2+) and magnesium ions (Mg 2+).Iron, manganese, zinc and other metal ions will also form a small amount of hardness, generally ignored.

The units of hardness commonly used are mmol/L or mg/L and are usually expressed in terms of CaO or the mass concentration of CaCO 3. 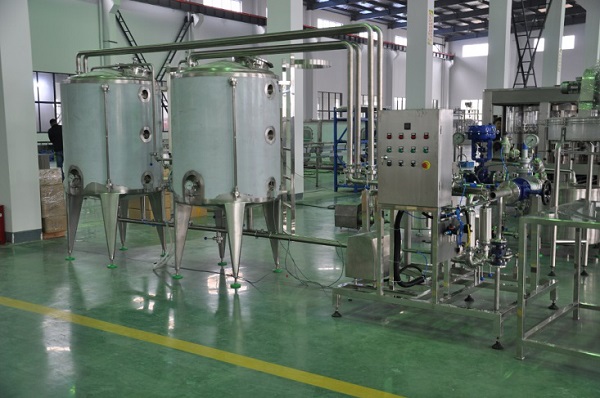 (6) PH: The PH value of water is the negative logarithm of hydrogen ion concentration in water, which is expressed as: PH= -lg[H+]

Alkaline aqueous solution, PH>7, the higher the PH value, the stronger the alkalinity;

(7) Total dissolved solids: All impurities in water except dissolved gases are called solids.The sum of the dissolved and suspended solids

is called the total solid of water.

Total dissolved solids (TDS) are all kinds of inorganic salts, organics, etc. that still dissolve in water after water filtration.The reference value of primary RO and secondary RO is 250mg/L.

Suspended solids are those that can be filtered out, insoluble in water sediment, clay, organic matter and other suspended matter.

The measurement of total solids is obtained by evaporating water and then weighing it.

(8) Salinity: The salinity of water (also known as salinity) is the amount of salts in the water.Since all kinds of salts in water generally exist in the form of ions, salt content can also be expressed as the sum of all kinds of cations and anions in water.

Alkalinity: Alkalinity is produced mainly by the presence of carbonate, bicarbonate, and hydroxide.The sum of the three anions in natural water constitutes the total alkalinity.

Beverage water was calculated as CaCO 3 with alkalinity <50mg/L

Chemical oxygen demand is an indicator of how much of a reducing substance is in water.

Chemical oxygen demand is an indicator of how much of a reducing substance is in water.

A measure of the amount of organic matter in water.